Being abundant is easier than you think. All you have to do is understand that the universe has limitless potential and so does your mind. It’s not about what you see in front of you but what’s beyond your reach.

Every one of us wants to be successful, and success can look different for each one of us.

In fact, it’s much easier than the way most people think!

So before you start doubting that you can make it happen for yourself, check out these 21 reasons why having an abundance mindset will make you successful.

Having dreams and thinking big is a way of placing your mindset onto a level of success well beyond what most people hope for. Dreaming is something everyone should do, but not many people actually do. People are afraid to dream big because they’re afraid of failing. But by setting small dreams and thinking small, you’re never going to get anywhere. An abundance mindset is the great equalizer that all successful people start with!

2. Coping with failure – get back up again!

People who fail often think they will never succeed in life because they have failed at some point in the past or some point in the present. A person with an abundance mindset knows that failure is not the end because every failure brings new knowledge and experience. Learning from failure makes you smarter and wiser. So next time you fail, don’t be afraid to get back up again!

3. Your wants and needs are only one thing.

5. Have faith in yourself.

Don’t buy into excuses that make it seem like there are always things standing between you and success. An abundance mindset believes in the idea of “what gets put in, gets taken out. What you put in, stays in.” You have the ability to get what you want out of life – and not just money, but anything you dream of as well.

The abundance mindset is positive by nature because positivity breeds positive thoughts and results. So if you want to make it in this world, think positive and visualize yourself being successful!

If your goals are big enough then they will attract the kind of people who can help make your dreams come true! If you don’t have big enough goals then your dreams might never come true, no matter how hard you try to make them through hard work alone. Have dreams, go after your dreams, and make them happen so you can have the kind of life you’ve always wanted.

The abundance mindset allows you to never worry about money ever again because you put yourself in a position where your needs are taken care of completely and effortlessly. There will always be ways to make more money, but if you’re too busy worrying or working to get the bills paid instead of having any time or energy left over to enjoy life, then is any amount of money really worth it? Having an abundance mindset means having all the time and energy in the world to do whatever it is that matters most to you.

9. Enjoy your work, love what you do.

Most people give up after a while because they don’t enjoy their work enough. People with an abundance mindset know that they can always find more enjoyment if they are willing to put in the effort and take action to make things happen. If they are doing what they want to be doing for a living, then it would be foolish for them not to enjoy it as much as possible.

10. Focus on yourself and start focusing on YOU!

12. Take responsibility for yourself.

When you don’t have enough in life, or when things don’t go the way you planned them, it’s easy to blame others instead of looking at yourself first – especially if you’re used to doing that from a young age because that’s what your parents taught you. The abundance mindset teaches you that if you really want the things you want in life, you have to take responsibility for yourself.

13. Always put your focus on future plans – and stay focused.

People with an abundance mindset know that the future can’t always be predicted, but as long as they keep the focus on what’s going on around them right now and what they’re doing today, then whatever happens tomorrow will likely be less than what they’ve imagined for themselves. If you think of the future as a movie in which only certain events can happen, then that gives you more control over how your story plays out!

14. Stay positive even when faced with adversity.

People with an abundance mindset know that when you’re positive and upbeat, then the rest of the world will be too. Just think about how it feels when you’re around a person who’s always positive and upbeat. You feel better about yourself, don’t you? That’s because that person is sending out good energy and good vibes which then come back to them in the form of good thoughts, feelings, and actions from others. People with an abundance mindset do this naturally without even trying – they don’t need to try because it comes naturally.

15. Know how to take responsibility for your own dreams and make them happen.

If you have dreams that you are passionate about, it’s important to know how to step outside of yourself and take control so that you can make those dreams happen. People with an abundance mindset know that they should be responsible for their own lives, so they know when it’s time for them to take action and make things happen. Sometimes they need a little help from others, but for the most part they are usually able to keep themselves focused on what is most important – themselves.

People with an abundance mindset know that they have a lot of great ideas and are often able to see things in a different way than most. They follow their gut when it comes to making decisions in life because they know that their guts are usually pretty spot on. Their gut is telling them what to do because it knows what’s best for them!

17. Acknowledge others as equals without judging them or comparing yourself to them.

When you’re comparing yourself with others, you’re literally putting yourself down – which puts you in a negative mood, which puts you in a negative mindset, which ultimately prevents you from achieving the goals that are important to you. If you base your success on how you compare to others, it will inevitably bring you down. Instead, when you’re with other people, be sure to acknowledge them as equals. If someone is kind enough to invite you to a party or if someone compliments your outfit, for example, don’t feel like you have to reciprocate – just be grateful and move on with your day. You don’t need anyone’s approval in order for you to move forward and have a great day!

18. Appreciate what success means to others without placing judgment on it.

So maybe you’ve done a great job of getting your work done. Or maybe you’ve gotten a passing grade on a test. Or maybe you’re making money at something that you love. It doesn’t matter how much success means to others, because it doesn’t mean the same thing to each individual person. Instead, focus on how important your success is to YOU and let other people feel the way they want to feel about their milestones in life.

Speaking of having a dream, you’ll find that people have an incredible fear when it comes to taking risks and attempting new things. Why? Because they fear that they won’t be able to do it as well as the person who gave them the idea. Fear is a negative emotion, but it doesn’t have to rule your life. You can conquer your fears with practice and hard work, no matter how difficult it may seem at first.

If you take risks but you don’t analyze them first, then you might end up gambling your way to success instead of carefully plotting out the steps along the way in order to make sure that it’s a risk worth taking. Always have a solid plan in place whenever you decide to take a risk so that you’re not just guessing at what your next move should be. Be smart and be prepared!

21. Believe that anything is possible if you’re willing to put in the work to make it happen.

This is the holy grail of the abundance mindset. Anything is possible if you’re willing to put in the time and effort to make it happen. It doesn’t matter what you want to be, do, or have in life – your future can be whatever you want it to be because your dreams are worth fighting for. Never stop believing that anything is possible, and never let yourself get discouraged from going after what’s important to you just because of a failure here or there – especially not a failure that’s small relative to your large goals! People often wonder why life is precious. That’s because it’s hard to find reasons when you’re part of a world that’s full of war, famine, and hatred. We think people sabotage themselves in life, so… 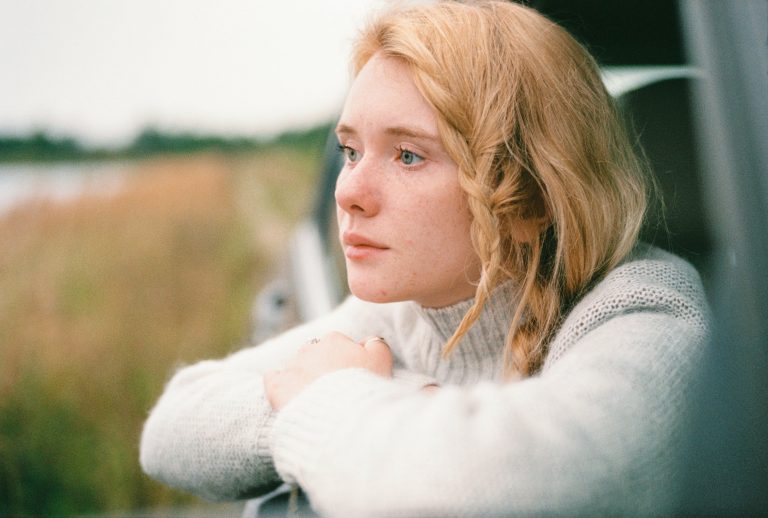 The opposite of stoicism is the belief that feeling emotions are a natural, healthy, and important part of life. Stoicism emphasizes emotional control with the goal to eliminate negative emotions such as anger or fear….

When reflecting on life we sometimes wonder why some people come into our lives. Perhaps they are just an innocent bystander with no ulterior motive, or maybe they are a person who has been hurting… 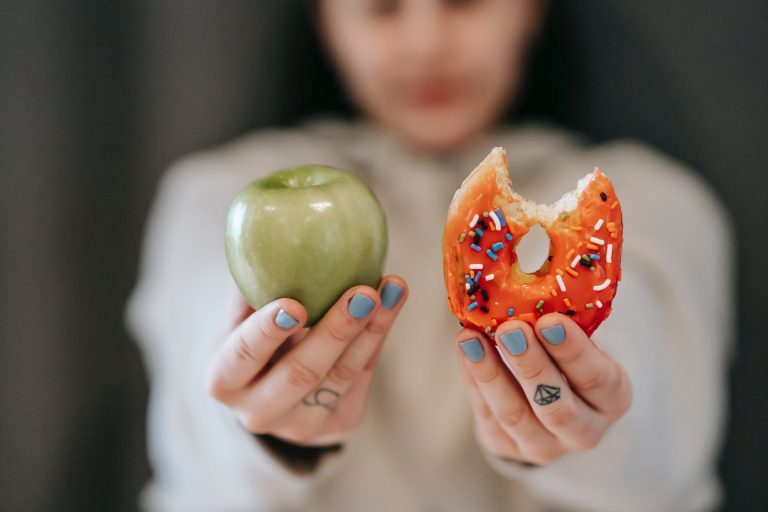 Ethical decision making is a popular field of study. Whether the goal is to strengthen one’s personal moral compass or to behave in a more ethical manner at work, philosophers have developed many different ideas… 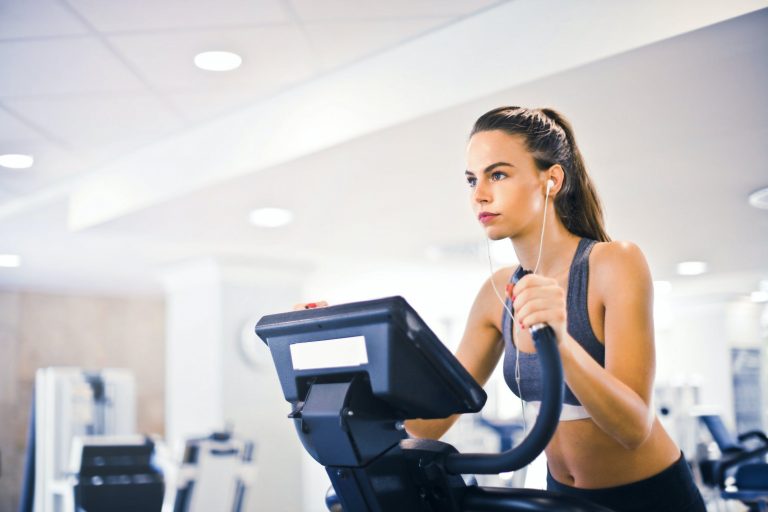 Listening to podcasts has become one of the most popular methods for people to relax or work out. They can be used for many different purposes, including learning about new things, improving cognitive skills, and… 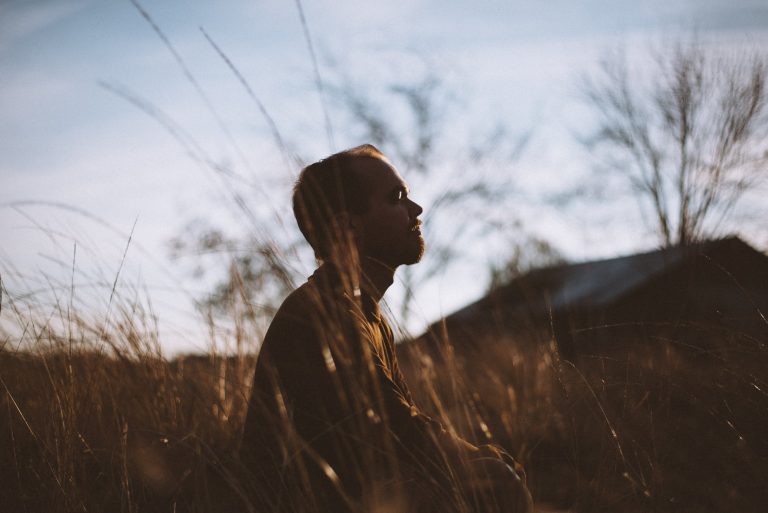 The view from above is a meditation technique from stoicism. It’s a way of really seeing our circumstances for what they are, and to see the world from a different perspective. Its purpose is to…