Talking to people is a natural instinct of all humans. But you should never force anyone to talk to you. When you impose your need to talk to someone else or force someone to talk with you, it can be uncomfortable or even make the person feel unsafe.

In this article, we discuss some of the psychological implications of forcing people to interact with us in a social setting. We also discuss how and why we prepare ourselves for conversations and what happens at “the moment of truth.” Understanding these concepts can help you better navigate social situations so that they are comfortable and effective for everyone involved.

What are the psychological implications of forcing people to talk to you?

When we are forced to do things, it disrupts our “homeostasis.” Our bodies have a system of checks and balances that try to keep the internal environment stable. When this balance is disrupted, we feel stressed. Forcing someone to talk to us can be an uncomfortable and stressful experience for them, so they will either withdraw or initiate some form of conflict or defensiveness. During the conversation, they may take on the role of “resister” and try to escape the interaction.

Another psychological issue with forcing people to talk to you is that the situation may feel unsafe for both individuals. For example, there could be a power differential between the two parties or one party could be in a position of authority. If we feel unsafe, it is hard for us to relax and lose our inhibitions. We will also subconsciously resist interaction as a protective mechanism.

How can you tell if someone doesn’t want to talk to you.

There are signs that someone doesn’t want to talk to you and is preparing himself to “resist.”

— The person may respond with a stare or look away, avoiding eye contact.

— The person may take on an unattractive facial expression. This can include looking down or pursing their lips.

— They might use this time to meditate or put their head down on the table.

— When you approach them, they look up and give you a forced smile. These types of expressions typically indicate stress and discomfort as the physical signal of a stress response.

Because the person is preparing himself to resist, you should go about forcing them to talk to you in an assertive manner. This means speaking to them in a tone that will cause them to feel the same emotional response they were trying to avoid. By adopting this assertive voice, they are forced into interaction with you and will be unable to avoid it. In this way, the feeling of being uncomfortable or unsafe goes away as your assertive approach forces them into interaction with you.

“The moment of truth”

In any conversation, there is a “moment of truth.” This is when the two individuals are engaged in eye contact and are starting to feel more at ease. At this point, the individual may break eye contact and look away if they don’t want to talk to you. Although it might seem like an abrupt change in behaviour, it’s actually a very normal reaction. In most social situations, these moments of truth happen frequently throughout a conversation, before one or both parties leave or escape completely.

What should you do if someone doesn’t want to talk to you?

If the person is uncomfortable or not ready to talk, they may be in a mental place where they don’t want to be “the talker.” This type of behaviour can make it difficult for you to initiate a conversation with someone. You should always let people know that they can withdraw from interaction whenever they feel uncomfortable. If the conversation becomes a mental challenge, it will usually escalate until something breaks the stalemate. The more one person is willing to give, the more the other can learn.

It’s important to note that there are many reasons why a person might not want to talk with you. It could be because of your approach style or that they don’t want to talk period. The only way to know for sure is by assessing their body language during conversation and seeing how it changes as you interact with them.

Another thing to keep in mind is that not everyone will want to make a big deal out of talking with you. Some people can be very sensitive about this. If the person doesn’t want to talk, but you press on and force interaction, it could be a disaster. On the other hand, if you let them know it’s okay for them to withdraw whenever they want, you may eventually get them to talk later on. You just don’t want to force a person if they are not ready to talk at the moment.

How to improve your conversational skills

Improvements are needed in our conversational skills regardless of the outcome of conversations. People who know how to talk with others tend to be more successful in their lives than people who have poor communication skills. We discuss some ways you can improve these skills and ultimately have better conversations with others.

— Practice being assertive when you initiate a conversation with others. This will give you confidence when you are trying to approach someone.

— You should also practice communicating with people in situations where it’s acceptable to “flop.” This means that the only downside to withdrawing from the interaction is that the conversation ends early. This is an ideal situation where you can force people to talk to you without upsetting them.

— Relationships should also be a major focus of your conversation training. Improve your ability to deal with conflict situations and learn how to be a better listener. It’s important that you learn how to “process” new information when another person is talking. This will help you understand what the other person has said and draw the right conclusions from their statements.

— Take a “self-help” approach to improving your communication skills. In this type of approach, you take steps to help yourself rather than rely on someone else. You read books, watch videos and listen to podcasts that are relevant to your goals.

What are some of the biggest misconceptions about communication?

There is a common misconception that we should be able to talk with anyone at all times and have successful conversations with them. This is not true for everyone. Some people have a different communication style than you do and that’s okay. The same thing applies to your conversational skills. For example, not everyone has the ability to talk with people all day long.

Another common misconception is that we should all communicate with other people in the same way. This is very unlikely because everyone has different backgrounds and goals, which can lead to a different perspective of life. It’s important to understand that how you communicate with someone is as important as what you say to them.

It’s very common for people to have negative feelings about others based on their appearance, clothing, or other factors. This often leads to having a poor opinion of another individual. If one person has a problem with another person based on appearance, that doesn’t mean it’s the other person’s fault. Learn how to improve your communication skills and don’t be the source of someone else’s poor opinion of you.

What should you do if someone is disrespecting your communication skills?

The biggest problem is trying to avoid negative situations altogether. You can’t always avoid them, but you can learn how to deal with the negative feelings that result from them. If a person has a problem with your communication skills, you should try to practice the assertive approach when talking with them. This will put an end to their negative attitude without making things worse between you two.

When a person is disrespectful, they will often try to put the blame on you. This is the opposite from assertive communication because when you are assertive, you are taking control of a situation. They can’t blame you for not being able to communicate with them. If you acknowledge that it’s their problem and that it’s within their control to change, they should be willing to do so. After all, it’s their problem and not yours.

Now that you understand why you should never force anyone to talk to you and how to improve your conversations, you’re ready to become a great conversationalist. Remember that communication is as important as any other skill that you might need in your life. You should always be working on improving yourself and finding ways to adequately communicate with other people.

Good luck with your learning! 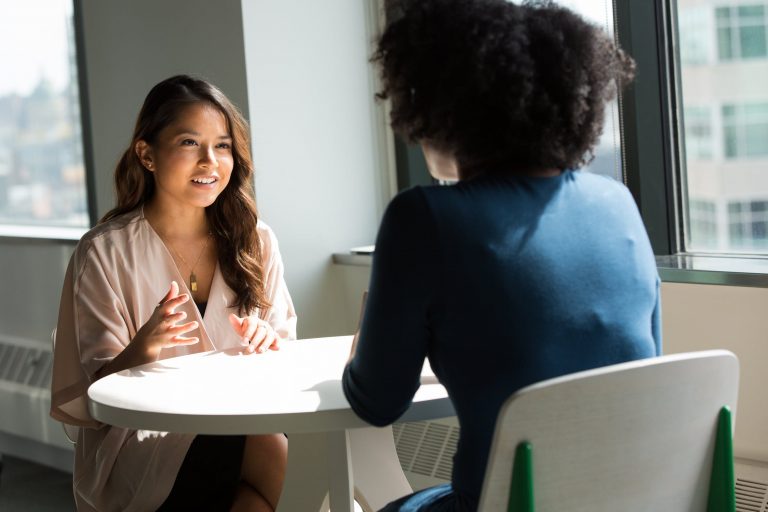 Compassion versus pity is two human emotions that both have similarities and differences. Compassion is the deep sympathy, sorrow, or empathy one feels for another individual or group of people suffering. Pity is a feeling… 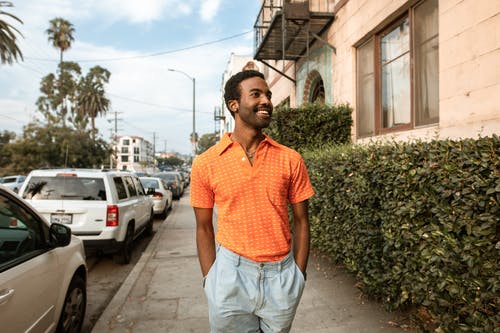 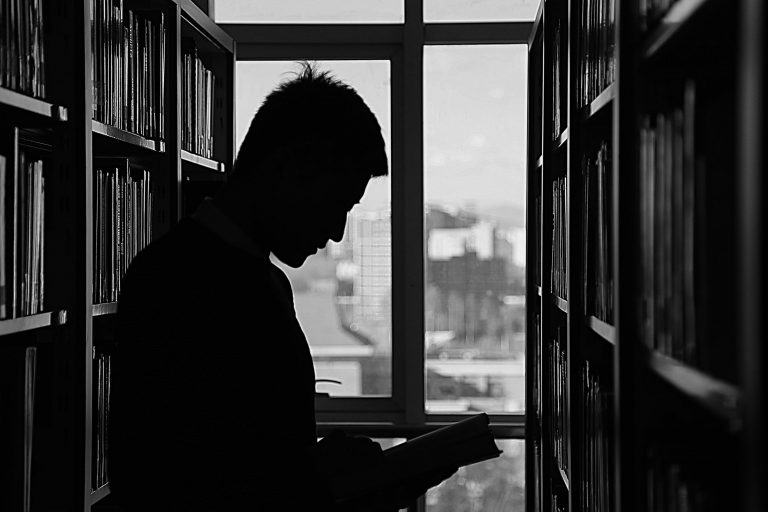 When it comes to living the Stoic life, we could all do with a little more wisdom and philosophy. Meditations by Marcus Aurelius is a collection of meditations that are meant to help guide people… 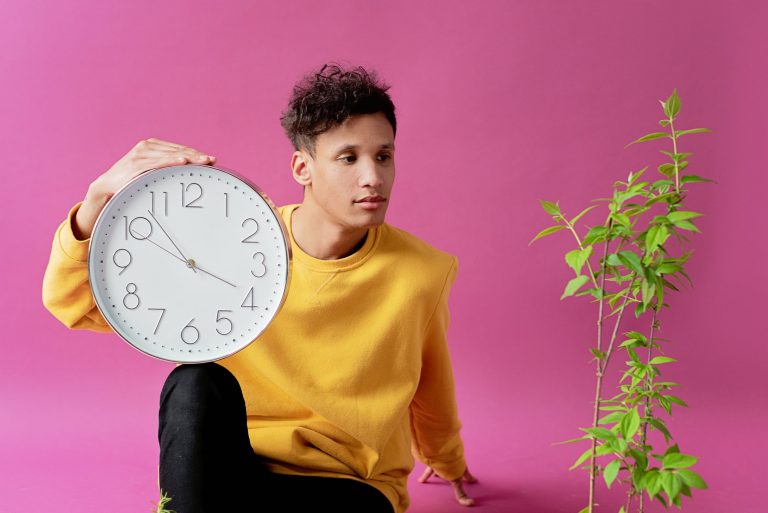 You have probably heard the saying that “you attract what you are”. Kind of like how if you think a lot about it, then you feel that it is going to happen. This idea is… 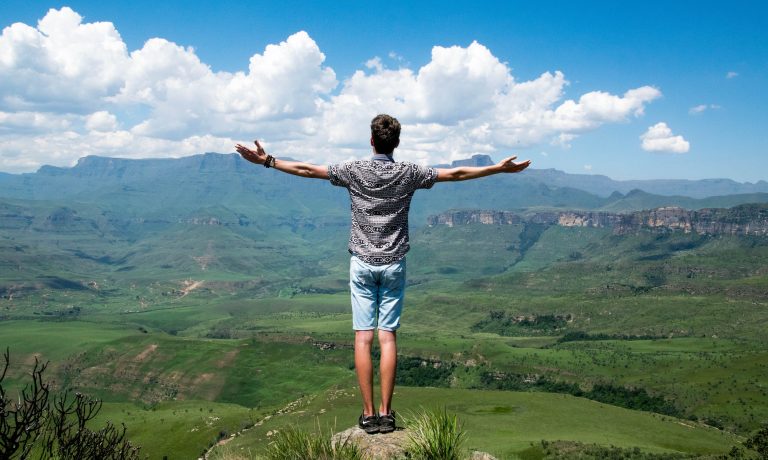 Do you feel as though you’re trying to find your life purpose, but aren’t quite sure where to start? Perhaps you’re feeling frustrated because it seems like the things that make sense to you don’t… 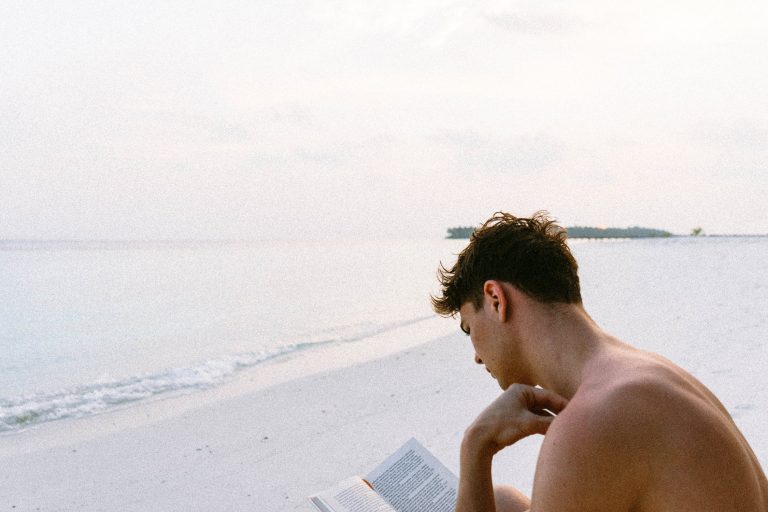 Atomic Habit Quotes from the book written by James Clear is one of the best-selling books on the space of personal development and self-improvement. If you’ve ever wanted to make time for your goals, this…