I have been in a spot of bother for the last 14 months. Having entered a job which I thought would be the next step in my career. I have come to realise that sometimes everything is not as it seems. Quitting Job ended up being the simple solution for the unnecessary stress that I had been place under. After listening to many of the books I have been consuming on personal development it made sense to take a radical step. If something is not fulfilling and dragging you down. You need to remove that poison out of your life.

Two days ago I went to the office with the same level of anxiety and stress and basically chose to use the 5 second rule which I learned from the book aptly named the 5 Second Rule by Mel Robbins. I took a deep breath walked up the stairs. My CEO was not in yet but his number 2 the COO was. So I took him aside and said in my typical casual voice “mate I am done”. I then went into describing how the job was not delivering what I wanted. It seems self centered but hell, at the age of 40, you don’t get many other opportunities to really knuckle anything down. I then heard the CEO walk by and delivered the same news.

They were both shocked to be honest and did not see it coming. I was hoping that the subtle queues I had been putting out there. I thought that talking to the HR advisor would prep them and provide less of a jolt to the system. Alas delivering such news to people who rely on you, especially when a business is going through a turn around is never easy. But for my own sanity it had to be done. It wasn’t person towards them it was me who needed to make strides to take my life forward.

This was the first time in my career I was in an executive role reporting directly to the CEO in a large company. I knew that my resignation would result in an attempt to retain my services so I made it abundantly clear that there was no way I would stay. At the time of resigning I didn’t even have a job to go to. I had but the feelers out there and was confident that I could find something very fast. So quitting job was an easy decision, I knew personally that I was in the right mindset to move forward.

Why was I quitting my job?

Quitting job is never easy. But there are definite signs that you should just do it. For me it came down to the following reasons:

Should you be quitting job?

I hope that reading my post it helps you work out what you need to. I’m guessing you have landed here because youre in a pretty shitty spot. Quitting your job is one of the most liberating things you can do. Typically I’d suggest having another job lined up ready to do not to replace one stress with another. In this case financial stress. But if you have the confidence in your abilities and you skills. Rip that bandaid off and get cracking on getting the job you deserve.

Alternatively as I’ve commenced doing. I am looking into how I can start creating my own revenue stream and become less reliant on the employment retainer model. I have several projects I am currently working on and have a goal to be independent of an employer within 5 years time. Remember that’s always another option in this crazy world. Start your own business.

It’s not the end of the world and if you have any idea of how employable you are you should feel comfortable in moving forward and finding another job if you are feeling any of the things I listed. In fact you may have other reasons I haven’t even mentioned.

How to quit your job.

Do it with class. I met individually with all the key stakeholders of the business and I let them know of my intentions and when I would be exiting the business. I thanked them all for their help and assistance with my time with the business.

Yes I could have easily let rip at my CEO on how I ultimately felt and the part he played in that but at the end of the day this was not going to change anything. I was honest without being derogatory and also grateful for the initial opportunity.

While the result is you leaving the business. The future can be contacts which help you with projects in the future. Who knows things might change with the business which allows you to think about returning. This has happened in my past. So never burn bridges. Be honest and respectful of the fact the business has indeed been paying you a wage for your service.

Where to from here?

Quitting job without any employment path can be stressful. Thankfully I am in the selection stage of a couple of recruitment processes. I know that I need to ultimately find a work place which ticks a lot of boxes. I will not rush into anything for employments sake. If you have the financial capability not to, I would suggest yo do the same thing. Otherwise you will just end up in the same place you were.

I am very much looking forward to the future of also creating my own businesses on the side of whatever employment I get. More than anything the main goal is to have a steady income but be working in the background to have my own revenue source. I have 3 idea projects on the go that I am very excited about. 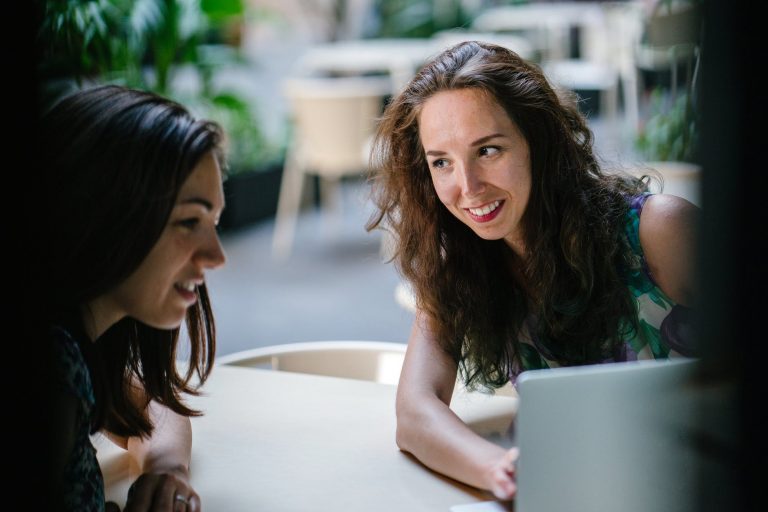 The world of mindset coaching has grown substantially in recent years, and you can’t throw a rock without hitting a number of different coaches claiming to have the secrets to success. But not all of…

Confrontation is inevitable in everyday life. Whether that’s at work or in your relationships, you’re going to have to deal with potentially difficult situations. And of course, the better your confrontation skills are, the better…

Mindset coaching is growing in leaps and bounds in the self-help and motivational world. People are realizing that they have the power to transform their lives and live authentically, but this realization only comes from…

Creating happy habits is the most effective way of changing your lifestyle and becoming a better person. It is also one of the easiest ways to measure your progress and become happier every day. These…